And the Energie AG prize goes to

You are here: Home / News / News / And the Energie AG prize goes to

And the EnergieAG prize goes to

Following year-long pilot testing of the PEAKapp smartphone and tablet application with 1050 test users in Upper Austria, the organisers of the pilot announced 51 lucky test users receiving various attractive awards. Energie AG, the energy utility supporting the pilot, handed over the major prize together with the PEAKapp project coordinator to the lucky winner Anton Herzog in EnergieAG headquarters in  Linz, Austria. 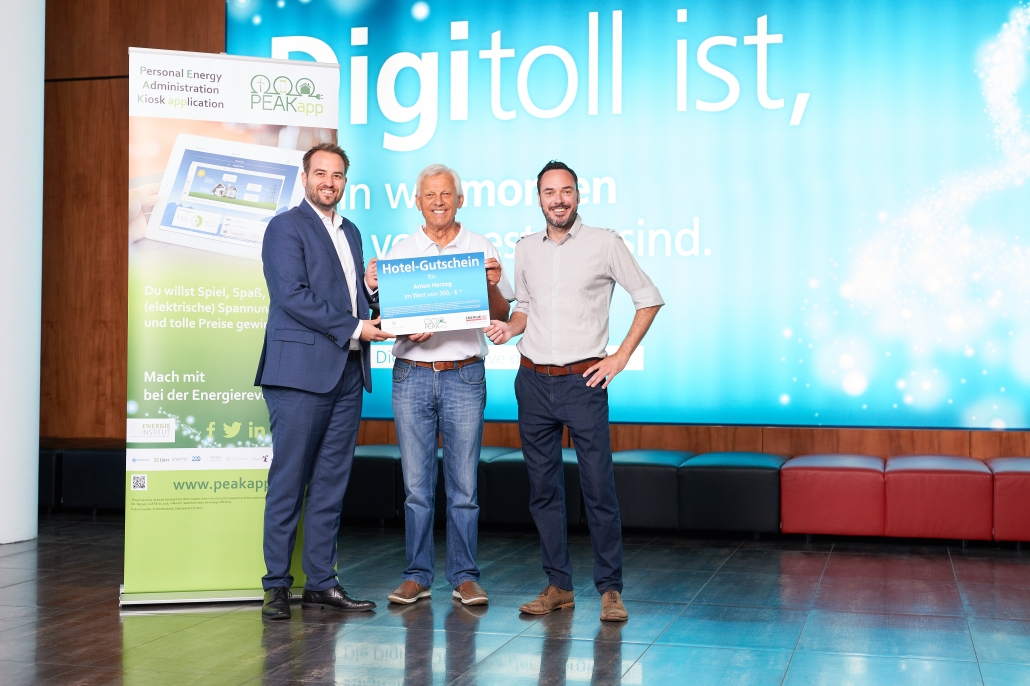 More than fifty prizes were given away to Energie AG energy consumers who volunteered to participate in the PEAKapp research project. The award competition was announced during the recruiting phase of the project last summer during which PEAKapp project coordinators and Energie AG management offered non-monetary incentives to induce motivation for participation in the planned research. Recruited test users, existing clients of the Enegrie AG end-user segment, agreed to download the app beta version and to have their data processed by the Energie Institut Linz, leader of the research. The primary objective of the research was to monitor app usage data and to analyze what drives change in the behavior towards a more energy efficient one. The project is funded by the European Union for its contribution to the Energy Efficiency policy goals.

The major prize – a voucher for a sustainable hotel GreenPearls worth over 500€ – was given away during the award ceremony which took place on 09 Aug 2018 at  Energie AG headquarters in Linz.  The lucky recipient Anton Herzog received the hotel voucher and commented on his experience with PEAKapp:

I use the app a few times a week to control my energy consumption. The consumption display is very helpful for this. Particularly interesting would be if the current values could be compared to the values of the past year.